Macaws are small to large, often colourful.Macaws are native to Mexico, Central America, South America, and formerly the Caribbean.Most species are associated with forests, especially rainforests. A macaw's facial feather pattern is as unique as a fingerprint. 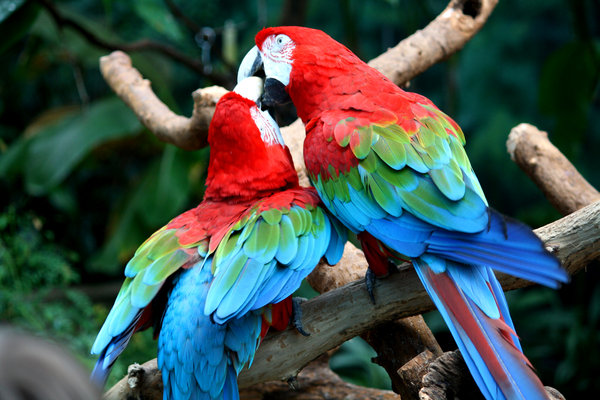 Some of the macaw species are known for their impressive size. The largest parrot in length and wingspan is the Hyacinth Macaw.

There are seven known species of macaws listed below

Macaws eat a variety of foods including fruits, palm fruits, nuts, seeds, leaves, flowers, and stems. Wild species may forage widely, over 100 km (62 mi) for some of the larger species such as Ara araurana (blue & yellow macaw) and Ara ambigua (great green macaw), in search of seasonally available foods. Some foods eaten by macaws in the wild contain toxic or caustic substances which they are able to digest. It has been suggested that parrots and macaws in the Amazon basin eat clay from exposed river banks to neutralize these toxins.[In the western Amazon hundreds of macaws and other parrots descend to exposed river banks to consume clay on an almost daily basis - except on rainy days. 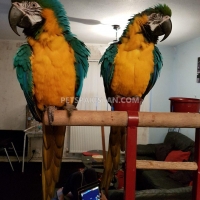 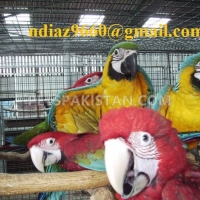 macaw parrots and eggs
Macaws LAHORE
Loving and affectionate baby macaws along with fertile eggs. Cage and toys are included will come...