There are many fancy rabbit breeds. Rabbit breeds come in all shapes, sizes, colors and personalities. Which can make picking it’s right on over whelming.

9 fancy rabbit breeds that are too cute for words

Rabbits amongst many other animals are the cutest critters on the planet. Household keep them as pets. Most people are attracted to these cute little creatures, with long ears, soft fur, big eyes, or twitchy noses, fluffy rabbits are difficult to resist. The American rabbit breeders association recognize 50 more types of domesticated rabbits. They can be as small as 2 pound Flemish giant then at contrast are giants with 20 pounds.

Are you ready to know about the 9 cutest breeds in the world....

We here have sorted 9 major cutest breeds in the world.

A mirror image of the Easter bunny, the AMERICAN CHINCHILLA is the epitome of the classic rabbit breed. The breed is considered as the 'HEAVY WEIGHT' because it grows to be between 9 and 12 pounds. Chinchilla are with charming, erect ears.

There are 3 types of chinchilla rabbits. The most popular 3 types of the rabbits are named as

ANGORA RABBITS are appreciated and loved for their silky soft wool. This breed was first bred along with angora cats and goats in Turkey. They were catered in French Royalty in 18 century and then were sent to US in early 90s .angora rabbits are very calm and docile behavior.

As the name itself is describing the looks of the breed, the marvelous adorable wooly manes gave them the name of lion head. Originally they were bred in Belgium. The rabbits have the classic fur around their head, ears, and chins and sometimes even on their chests and butts. These rabbits have hair on their flanks, often referred to as “skirts".

Well as compared to other rabbits these rabbits don’t have erected ears, they have droopy ears which are hanging low.

As the look of the rabbit is humble and the ears are low, it can be described it laid back nature amongst many lovers.

Amazingly these little cuties have further 19 breeds .some of them are mini lop, Holland lo,english lop and French lop.

Unlike other rabbits these Belgium hare actually are not hare but are most of the domestic rabbits.

These rabbits have muscular, elegant built and come in the range of chest nut red color to black color.

The rabbit English spot is named after their beautiful look ... they have spots all around their body, which makes them signature markings. These spots are decorated on the both sides of the rabbit's body in an amazing manner.

The most interesting part is this that they have beautiful butterfly spot on their nose. Which makes them a unique specie in themselves. These rabbits also have a very lapful behavior.

These enormous sized Flemish giants are not the less cute then the other rabbits.

The heavy weights rabbits have the weight of approx. 20 pounds.

These rabbits have dense, glossy fur that rolls back its original place after being brushed from tail to head.

These large bunnies were originally bred for their meat and fur but they then were kept as pets as well.

These harlequin rabbits are colorful breed with coats that resemble the calico coloration in cats. They were bred in France at first.

Active playful rabbit are divided into two type’s Japanese harlequin and the magpie harlequin. They weigh around 7 pound.

This cute creature is a dwarf rabbit .a small breed of domestic rabbits.

These little cuties have small, gentle fur similar to an angora's but its less prone to matting. Jersey wooly as compared to other rabbits are the most popular rabbits as the pets. 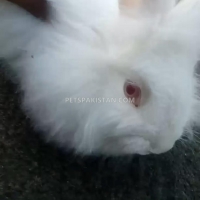 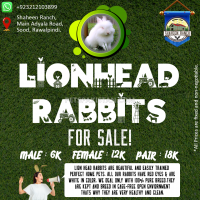 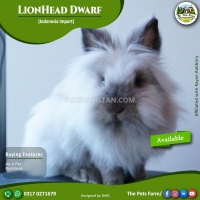 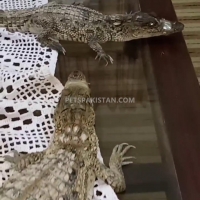 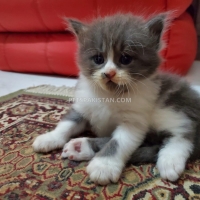 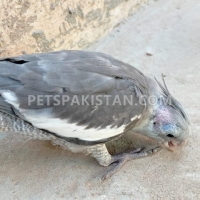